Greek Colonization in the Northern Aegean

In the second half of the 8th century B.C., the Eastern and Central Mediterranean saw another wave of Greek colonisation, which continued during the whole 7th century B.C. The Macedonian and Thracian coasts also got their share. Greek colonies were founded at the Pierea (Methonè), the Chalcidiki peninsula (Mendè, Skionè, Sanè, Néapolis, Aphytis, Potidée, Toronè, Semylè, Akanthos, Stageira), the Strymona (Argilos) and on the island of Thasos, where the colonists quickly founded other colonies (Galepsos, Apollonia, Oisymè, Néapolis) on the coast in front of the island, between the Strymona and Nestos rivers.

The foundation of colonies in the Northern Aegean, of course, had been preceded by a period of exploration, contact and trade with the indigenous populations. The first to travel to this region were apparently the Euboeans, mainly the inhabitants of Eretria and Chalcis, the latter giving their name to the peninsula of « Chalcidiki ». In fact, the majority of the colonies were founded by the Euboeans, the earliest one, Methonè, at the very beginning of the 8th century B.C. Colonists from two Cycladic islands also participated in this movement. Inhabitants from Paros established themselves on the island of Thasos while others, originating from the island of Andros, founded four colonies, three of which (Sanè, Akanthos and Stageira) on the easternmost prong of the Chalkidiki peninsula, the fourth, ARGILOS, at just a few kilometers West of the Strymona river. 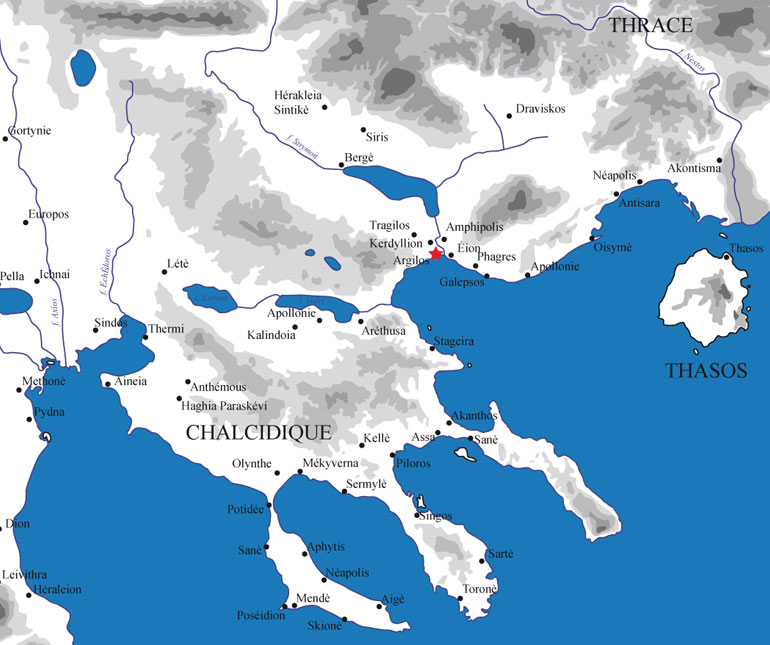 History of the site

The literary tradition dates the foundation of Argilos to 655/654 B.C. which makes Argilos the earliest greek colony on the Thracian coast. Argilos occupied a privileged area and thus benefitted from the trading activities along the Strymona and probably also from the gold mines of the Pangeion. Ancient authors rarely mentioned the site, but nevertheless shed some light on the important periods of its history, seeming to indicate that the city enjoyed economic prosperity, at least until the foundation of Amphipolis in 437 B.C. In the last quarter of the 6th century B.C., Argilos founded two colonies, Tragilos, in the thracian heartland, and Kerdilion, a few kilometers to the East of the city. Herodotus says that in 480, after crossing the Strymona, the persian king Xerxès stopped at Argilos and forced its inhabitants into his army. After the persian defeat, Argilos became member of the first athenian confederation, paying 1,5 talents, a sum that proves that it was a rich city. But the foundation of Amphipolis, which took control of the trade along the Strymona, brought an end to this. Thucydides tells us that some Argilians took part in this foundation but that the relations between the two cities quickly deteroriated and, during the Peloponnesian war, the Argilians joined with the spartiate general Brasidas to attack Amphipolis. An inscription from the temple of Asklepios in Epidauros attests that Argilos was an independant city during the 4th century. Like other colonies in the area, the city was conquered by the Macedonian king Philip II in 357 B.C. Historians thought that the city was then abandoned, but our excavations have brought to light an important agricultural settlement on the acropolis, which dates to the years 350-200 B.C. No roman or byzantine ruins have been uncovered.

The Greek-Canadian archaeological mission at Argilos

Situated at the coast four kilometers West of the Strymona delta, the ancient city of Argilos occupies a hill called « Palaiokastro ». The hill, culminating in an acropolis at an altitude of 80 m. high, is naturally protected by ravines on its West and North sides, while its Southeastern side gently slopes down towards the sea. The site of Argilos was first recognized by P. Perdrizet in 1883, basing his identification on the writings of Herodotus, who says that when the Persians crossed the Strymona on their way towards Athens which they wished to conquer, the first city they encountered was Argilos. The site was revisited by P. Collart and P. Devambez in 1930, but no excavation took place. At the end of the 70’s, a few tombs belonging to the necropolis of Argilos were uncovered by the Greek archaeological service. Systematic research only began in 1992 by a joint Greek-Canadian team. 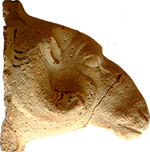 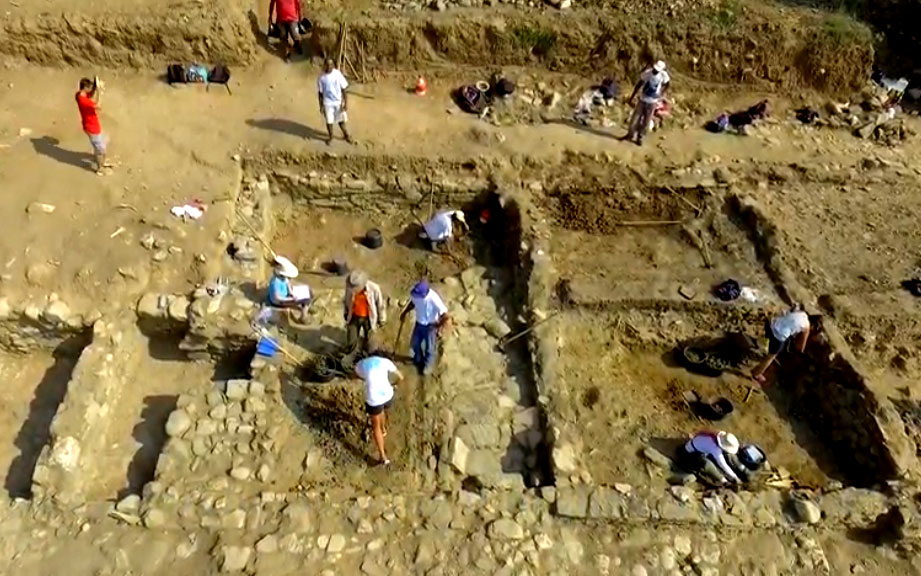 The Greek-Canadian archaeological mission at Argilos is a vast collaboration project between the Ephoria of Prehistoric and Classical Antiquities of Kavala and the University of Montreal. Under the direction of Zisis Bonias and Jacques Perreault, the mission numbers more then 20 students from various Canadian and European universities participating in the excavations every year, with assistance of qualified workers and scholars specialized in various areas of greek archaeology (architecture, pottery, numimatics, etc.). The results are brought to the atttention of a wider public by articles in greek and foreign scientific periodicals and by lectures given yearly in Europe and Canada.